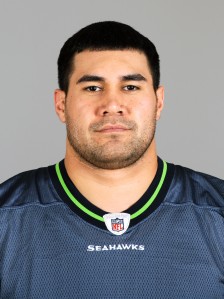 Lofa was released by the Hawks prior to the 2011 season after attempts to re-negotiate his contract failed.Tatupu was then signed by the Falcons in the offseason after being out of football in 2011.

Tatupu was the anchor to the Hawks defense during the playoff years of the mid-2000’s and during the Super Bowl run in 2005. He was plagued by injuries his last few years in Seattle which caused him to miss significant playing time.

I really liked Tatupu while he was here and I was really hoping that he would find success again in Atlanta. The Falcons were looking at him to fill the starter role this year until his injury. With this injury, he will be out of football for two years. I don’t believe he will be able to come back from this one.